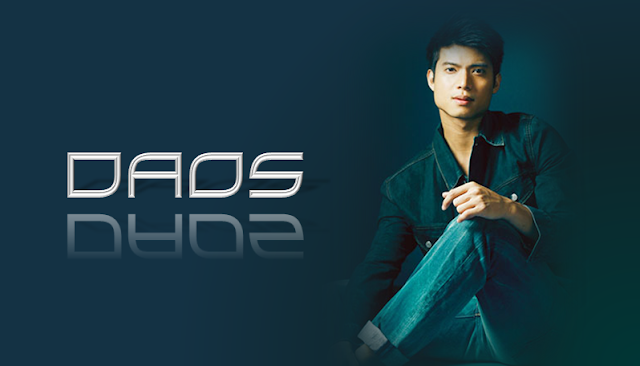 So, Daos blinked, as though in a daze.  It happens now.

Apparently the Grey Oracle didn't waste any time.  It was as though she'd deliberately dropped the prophecy right before it was to come true, just in case Daos decided to try to worm his way out of dying.

Under different circumstances, he would've laughed.

"What are we dealing with?" Dominador asked him.

"I'll have to explain later."

"Let me guess," Trish snorted.  "You need to make a phone call. You need to go meet your friend. You need another 'book'."

He turned and headed out of her office quickly before she could start interrogating him. Dominador was right behind.

"What is it?" the junior detective demanded in a low voice. "I know you already know what it is."

"It's a rusalka," Daos replied grimly, also keeping his voice low. "A Slavic water spirit borne of a dead woman, and a major pain in the ass to get rid of.  They command the most powerful element on earth."

"Wait," Dominador shook his head, confused. "How do you kill a water demon?"

They rode in Daos's car for a time in silence, and when Dominador realized that Daos really wasn't going to address the pink elephant in room he finally piped up.

"Are we going to talk about this?" he asked gravely.

"Talk about what?" came the calm reply.

Though there was a brief pause, Daos appeared neither tense nor annoyed.

Fine, Dominador narrowed his eyes.  I too can play this game.  There was no way Daos wasn't bothered by these recent developments.

"I'll grab us some tacos," Daos nodded, keeping on the lookout for a stand.  In Soleado Valle, street vendors were common enough, and there was nothing like fresh food hot off the grill.  It didn't take long for Daos to find one near the park, and so Dominador waited for him the car.

When he returned, Dominador waited reasonably for them to reach their apartment (Daos didn't allow any eating in his car).  After they sat down at the small table in the kitchen and began their early lunch, he started again.

"So are we gonna talk about this?"

"Sure," Daos replied casually, munching on his taco.  "Whattaya want to know?"

Dominador slightly twitched as he fought his own growing irritation.  "Well, for starters...is this it?"

Dominador dropped his taco, shaking his head as he tried to wrap his head around Daos's words.  "Take over...man...what the fu--"

"Your superiors were right, Ona; you are a lot like me.  And my Consultant was right too; it's like you were built for this sort of thing.  But don't get cocky thinking that because you can research demons or fend off warlocks that you're somehow immortal - you're not.  You'll make friends, but you'll make a hell of a lot more enemies, and in the end, this gig will kill you."

"I'm not an Umalagad," Daos finally cut him off, looking him in the eye and no longer bothering with his food.  "I'm not an Ancestor reborn as some great Guardian - that was just a rumor which the Consultant help spread like wildfire.  It made the Lower Beings believe that I wasn't your average demon hunter.  I'm human, Dominador, a regular old human who's just learned a few tricks over time."  He was half-lying, of course; the Consultant genuinely believed he was a Sacred Guardian.

Dominador suddenly noticed how many times he was blinking, how hard it was to keep his eyes open.  His hands fell limp onto the table.

Daos calmly rose, helping him out of his chair and leading him to the living room, to the couch.

"Sleep charm," he muttered.  "You shouldn't be so trusting, letting other people handle your food, Dominador."  He gently helped his partner down onto the couch.

"But I'm your partner," Dominador murmured sleepily, fighting in vain to keep his eyes open.  "I'm supposed to...supposed to have your back...."

"And you do have my back," Daos assured him.  "When I die, you will take over.  Consultant's phone number is on the fridge; call her day or night.  Stay away from reporters - yes, that includes Trish - and only fight a demon when you know you can win."
He rose to find a blanket, which he then brought back, draping over his partner.  "Vampires are easy, but the old demons who can wield the elements?  They're a lot trickier."  He slipped a cushion behind Dominador's head.  "And I know you're a Catholic, but trust me, Dominador...studying with a shaman will keep you alive.  There's a reason Hyun-jun never got around to barbecuing me," Daos snickered, even though Dominador was deep asleep now.
"And speaking of the devil, you'll wanna keep an eye on him.  Like, he's honorable enough in his own way, but I still wouldn't trust him as far as, well, Dani Reyes could throw him."  He rose, smiling down at his sleeping partner.  "You'll do fine.  It's like you've got a gift.  Granted, it's not one I'd choose to bestow on anyone, but it's a gift nonetheless."

He left as soon as possible; he didn't want to risk Trish, the Chief, or even the Consultant stopping by out of the blue.  He didn't pause to get one last look over anything; he just grabbed his car keys and headed out to his SUV.

Damn, he mentally kicked himself.  Should've probably written a note bequeathing this thing to Dominador.

Daos tried not to think of his partner has he hopped into his car and drove towards the Domarad.  Dominador was his greatest regret; he hadn't gotten the chance to train him better and provide more resources.  He wasn't going to be there for the junior detective in the many fights to come.

He'll do fine, Daos reassured himself.  He survived a fight with Hyun-jun.  If he can do that, he can survive anything.

Next: Umalagad
Posted by Alliyah Gallows