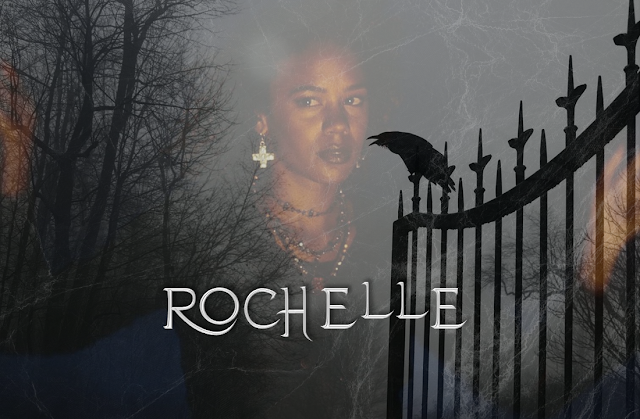 I have been trying for years--YEARS--to get a Rochelle Zimmerman (The Craft, 1996) fic up and running on this blog. Rachel True has been my idol since I was a teenaged Goth kid back in the 1990s, and all these years later, I still absolutely fucking adore her.
Problem was, in addition to my vicious bouts of writer's block, I just couldn't decide on a story for my girl...until I saw Girl from Nowhere on Netflix (which, if you're not watching, I don't know what you're doing with your life) and got back into my own Daos universe. It finally occurred to me: what if, after the events of The Craft, Rochelle found herself in Sunnydale?
Seeing as I'm also still a huge Buffyverse fan, and both the movie and the Buffy the Vampire Slayer show premiered within a year of each other (and since I'm deeply nostalgic for my old Nineties Goth days), I figured...why not?
When her coven falls apart and she loses all her powers, a desperate young witch from Los Angeles finds away to cross universes.
One of the popular girls at Sunnydale High who randomly disappeared from the show after one episode.
Mr. Giles is the librarian at Sunnydale High School.
Lirio owns an occult shop in Los Angeles, where Rochelle and her former friends used to frequent.
Next: Dear Diary
Posted by MileenaXYZ