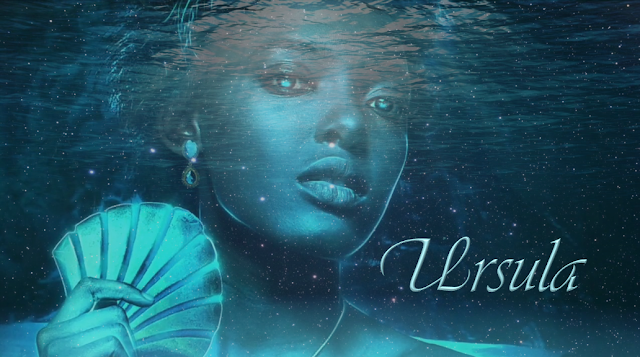 It occurred to me that I really need to put something up on this blog (since the domain is costing money), but writer's block was being a bitch. And then...during a Once Upon a Time binge, I found myself feeling curious about one of the many interesting yet unexplored characters.
Our story begins centuries before the show.
Main
Aquiel is a young mermaid acolyte at the island temple of Ursula.
Gisela is a human acolyte also serving at the temple.
Gregoria the Spinster is a southern princess, and her father's heir apparent.
Lavinia the Young is Gregoria's stepmother, and is only a few years older than Gregoria.
Florian is Gregoria's (much) younger half-brother, and the son of Lavinia.
Special Appearances
Celestina is a warrior princess from a northern kingdom. She is (tentatively) betrothed to Prince Florian.
Damiana the Guard is Celestina's mother. She's famous for commanding the greatest army in all of Misthaven.
Everard is Gregoria and Florian's father, and ruler of the southern kingdom.
Said to be the greatest sorcerer of all time, Merlin is a human who gained immortality.
Worshipped throughout the southern kingdom, Ursula resides on her island temple, where she poses as her own high priestess.
Next: Prologue
Posted by MileenaXYZ

Email ThisBlogThis!Share to TwitterShare to FacebookShare to Pinterest
Labels: Dramatis Personae, Once Upon a Time, Ursula