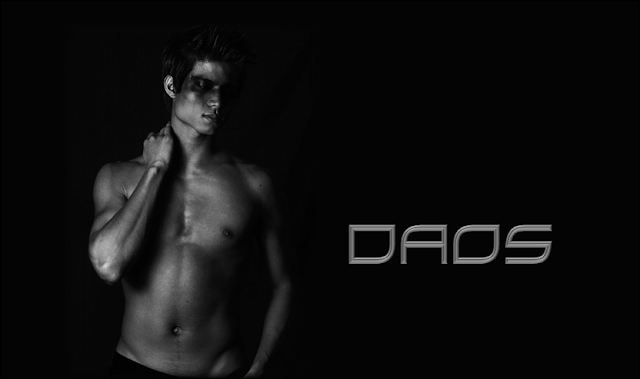 Nicolao Daos yawned.  Even though it was technically early, he'd had his tea and was ready to go home to bed.  But because Dani Reyes had had to go and get herself a job at a strip club - for which he was directly and indirectly responsible - he'd agreed to go along with Trish and Dominador to be supportive.

He was late; he should've arrived almost half an hour earlier but his conversation with the Consultant had run a bit long.  He hadn't gotten an admonishing call or text from Dominador yet, so Daos figured things must be going pretty smoothly.  Well, as smoothly as they could go, considering.

He'd let his partner borrow the SUV which meant he had to walk from the tearoom.  It was fine; the two were only a few blocks apart and he could use the exercise.  While Dominador was up and off to the gym at dawn every morning, Daos had been slacking.

The streets were dead at this hour, which was typical.  It seemed that all the sun had to do was go down before everyone in Soleado Valle headed indoors.  And it was silent too, slightly wet; rain had briefly fallen.

So when a man came barreling out of the strip club - screaming and on fire - Daos sighed.
"Damn it, Hyun-jun...."

Dominador Ona was trying really hard not to look mortified.  This was Dani's first night as a drink at Club Piel Desnuda, and Strawberry had the poor girl dressed up in a Catholic schoolgirl uniform - plaid skirt, knee high socks, pigtails, and all.

It didn't help that whenever someone ordered a drink and she came over to oblige, Dani would bow slightly and humbly mumble random Christian blessings in Spanish - "Jesus loves you", "God forgives you," and the like.  He didn't know if that was part of "the act" or if that was just Dani being Dani.  Either way, there were multiple moments when Dominador actually had to cover his own mouth whether to stop a laugh or a horrifed squeak.

And if that wasn't bad enough, every so often, an inebriated woman would come over to ask if he was performing tonight.  It didn't matter how many times he explained he was a cop and that the only reason he and Daos stripped the other week was due to being undercover, no one seemed to care.  They just wanted him to shut up and take off his shirt.

He checked his smartphone for the millionth time.  It appeared Trish was being fashionably late, while he shuddered to think what was keeping Daos.  He knew his partner was still livid at his dear "Consultant".  Dominador used to wonder how they met and if there was anything else going on between them, and if that was why Daos got so angry with her.

But then he would remember the look on Daos's face when he saw the Chief in that black dress at the Gato Negro.

He's so hot for her, Dominador snickered to himself, amused by his roommate's persistent denial.  Leave it to Daos to be one of those honorable-to-a-fault types.

No wonder he's the goddamn Earl of Grey.

Dominador checked his phone again just as Dani came over to check in with him.

"How you holdin' up, kid?" he grinned at her.  She looked more perplexed than she did uncomfortable.

"Well," she blinked, "no one's tried to grab me yet, so I guess I've been fairly lucky."

"Strawberry has a strict no touching rule," he warmly assured her.

Dani was a little confused.  "But didn't Daos let that one woman touch him the night you two performed?"

Dominador's entire body went still.  He couldn't breathe, and even his heart seemed to have stopped beating in his chest.

"You, uh...saw...that performance?" he winced, scratching the back of his head.

She gave her innocent little nod.  "Your video alone has over fifty thousand hits on YouTube.  Daos's video has almost twice that.  I found them while trying to learn everything I could about my new job."

At first, Dominador was mortified beyond speech at the thought of Dani Reyes seeing him strip.  But then he started get annoyed.  First of all...only a measly fifty thousand hits?  And second, absolutely worst of all....

"Wait a minute...did you just say Daos's video got more hits than mi--"

"Sorry, we're late!" Trish breezed in suddenly.  Dominador's head snapped towards her, expecting to see Daos close behind.  Instead, it was Im Hyun-jun and he was pulling out her chair for her.  "My interview with one of the city councilors ran a bit long."

"Oh, he didn't mind," Hyun-jun warmly shushed her, taking a seat.  He slipped Dani a crisp hundred-dollar bill.  "Lemon drop for the lady, a second round for the Detective, and please...keep the change."

Dani's eyes grew round as saucers.  "Thank you," she gushed.  "I'll go get those for you right away."

Since he was biologically incapable of turning down a free beer, Dominador avoided cursing outright and instead opted for snark.

"You're not drinking anything?" he pointedly asked the demon.

Their eyes met briefly.  "I don't drink," Hyun-jun stated coolly, to which Dominador responded with a snort.  "Besides," the demon continued, looking fondly at Trish, "I am merely here as my lady's humble, doting servant." He lightly kissed her hand.

Dominador couldn't let that one go.  "You do realize she's not attracted to men, right?"

Again their eyes met ever so briefly; there was a dark flicker in Hyun-jun's as he replied in very low voice, "You do realize I'm not attracted to humans...right?"

"Boys, don't make me have to separate you two," Trish cheerfully chided them both.  She looked back at Hyun-jun.  "It's a shame really.  Face like yours, you could have just about anybody."

Hyun-jun smiled.  "Do you like it?"  He touched his own cheek, rather subconsciously.  "It once belonged to a prince."

"Mm-hm," Dominador cringed.  "And how exactly did it end up on you?"

Hyun-jun merely shrugged.  "We made a deal."

Dani was just about to return with their drinks when a drunken newcomer slapped her on the ass.  He hit her so hard it jostled her little tray, causing her to cry out as the glasses crashed to the floor.

Dominador was about to rise up and intervene, but Hyun-jun was way ahead of him.  With a mere snap of the demon's fingers, the man's clothes caught fire, sending him screeching out the door and into the street.  Meanwhile, Hyun-jun was already on his feet, helping and consoling a humiliated Dani.

Trish sighed that new blissful, girlish sigh of hers again.  "Where has he been all my life?"

Next: The Prince Who Swallowed the Sun
Posted by Alliyah Gallows