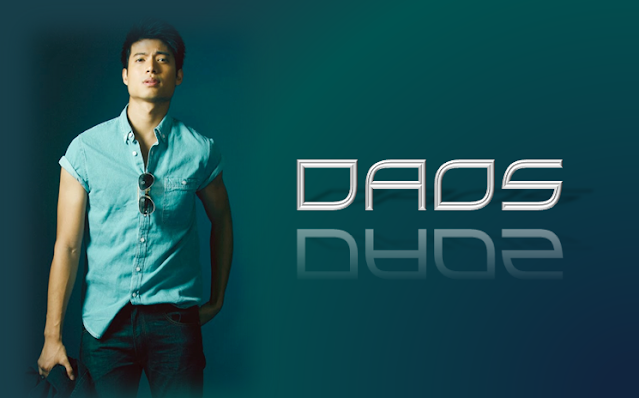 Previously: The Prince Who Swallowed the Sun

Daos's call with the Consultant had barely ended before he got an urgent page from the Chief.  As per his new policy, he went to get Dominador, even if it meant waking a very grouchy man and dragging him from bed.

"It's barely dawn," the junior detective yawned for the hundredth time as Daos sped down the empty streets of Soleado Valle.  He took another swig of his hot black coffee.  "What the hell could possibly be an emergency in this town at this ungodly hour?"

"Couple of dancers down at Club Piel Desnuda found a body around 3 a.m.," Daos said grimly.

"Oh, no," Dominador shook head, running his fingers through his thick black hair.  "Not again.  We burned down the old club and Strawberry relocated to a new club - why is this still happening, Daos?"

"The dancers freaked out so they didn't get a good look at the corpse, but the Chief is already guessing it ain't human."

"Most likely," Daos nodded.  "It's at the morgue.  Supposedly it looks as though it fell from a great height and splattered against the pavement behind the club."

Dominador was confused.  "But all the buildings in that area are two stories high or less."

"Which means it probably didn't fall from a building, but more likely through a gateway," Daos scowled.  "I knew Hyun-jun shouldn't have been messing with portals. Not in this friggin' town."

***
Even at this hour Chief Bibiana Solís was still a radiant-looking woman, despite her grave countenance and the flickering fluorescent lights. She stood alone in a room at the city morgue, next to a covered body. Her right foot tapped subconsciously, whether out of fear or frustration or both.

When she finally pulled back the white sheet, Daos knew it was both.

Dominador visibly recoiled from the dead body. It definitely wasn't human; it had sickly, pale, bluish-gray skin and was half the size of a fully grown man. Hairless, it had gangly limbs and long talons.

"What the hell is that?" the junior detective exclaimed.

"Demon," Daos bit out. "Vampire species from what I understand. However, they're not undead and they crave flesh, not blood."  He looked up at the Chief.  "We have to evacuate the city."

Bibiana looked alarmed.  "But why?  It's just one, and it's already dead."

"It's never just one," Daos replied sourly.  "And we can't be sure it's dead - they don't typically die from just falling.  It's a straggler, which means a portal's opened up in Soleado Valle.  I can take out stragglers when they come one by one, but soon they'll sweep across this town like a plague and everyone will be at risk."

"But how do we explain evacuating the city?" Bibiana cried.

"What?" she asked, turning to him.

"Like Daos just said," he shrugged, "these things are like a plague.  We let the public know they're at risk of infection from a possible epidemic."

"But what about the neighboring towns?" Bibiana demanded.  "What's to stop these things from invading nearby cities?"

"The desert will keep any stragglers contained," Daos reasoned.  "These things can't travel in daylight and out in the desert, they have a lot of ground to cover before they can get from one place to the next on foot."

As though on cue, the body on the table began to slowly writhe.  Startled, Dominador jumped back slightly, while Daos reached for his gun.  The Chief, however, snatched a nearby wooden broom, broke the handle over her knee and rammed a shard into the creature's chest without missing a beat.  It let out a hoarse screech right before it died.

In silence, they watched the creature's corpse slowly calcify.

Daos gawked at the Chief like a newbie.  "Gods," he gasped.  "You're a natural."

"We don't know their name," he admitted.  "We only know that they're not from our planet nor even our plane of existence.  They like to use our dimension as some sort of hunting ground.  Their portals open every now and again, but your average shaman can close them before any actually get through.  In the Underground, they're called the Vermin Horde."

"No," Daos replied.  "But you do.  The evacuation has to begin immediately and you have to get the Mayor on board."

She hastily whipped out her cellphone and headed upstairs to get better reception.

Dominador was flabbergasted. "Let's go get who?"

Next: A Heroic Trio
Posted by Alliyah Gallows